At 00:22 hrs stations "46", "47"(Fallowfield), "38"(Ellsworth), and "70"(Somerset) were activated for a structure fire with people possibly trapped. The incident was to be on Ridge road reported by a on I-70. As chief 47(Anthony Fleming) was traveling west on I-70, it was determined that the location was incorrect and that the fire (fully involved) was I-70 and SR 136. By this time, units were heading in the wrong direction and needed to turn around towards the blaze. Once on scene Chief 47 established command and confirmed a fully involved barn fire with extension to a two car garage. (no people entrapped) Units from "47", "38", "70". and "46" set up a water supply on Carlton Drive and relay pumped approx. 2500' to the fire. Tankers from "48"(North Strabane) and "44"(South Strabane) also assisted with water shuttles. By the end of the blaze the buildings were a total loss. Units remained on scene for about three hours before returning in service. However there were no injuries to the residents or fire fighters, many sheep and goats perished in the fire. 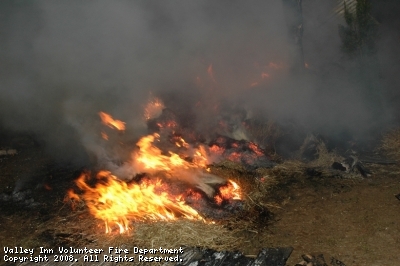 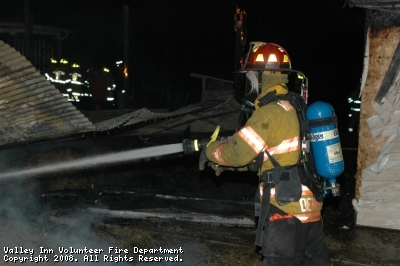 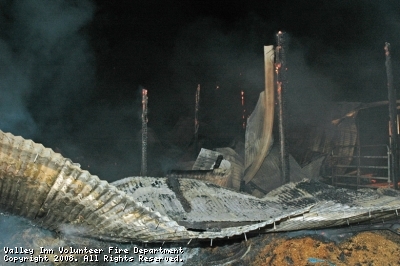 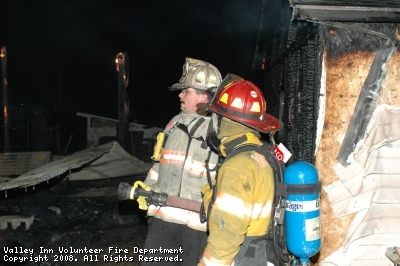 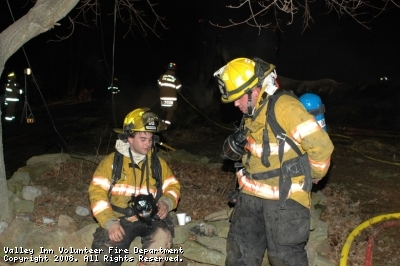 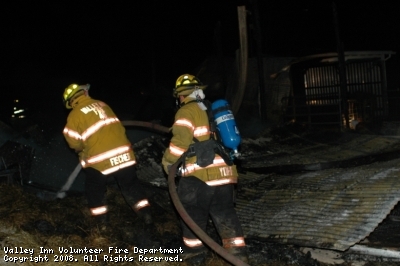 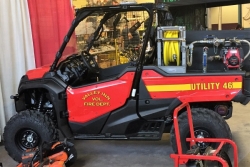 This site has been viewed 286,559 times.
Calls
News
Events
Pictures
Apparatus
Maintained by the members and staff of Valley Inn Volunteer Fire Department. Designated trademarks and brands are the property of their respective owners. Copyright © 2006-2022. YourFirstDue Inc. All Rights Reserved. Content on this web site is supplied by Valley Inn Volunteer Fire Department. YourFirstDue Inc. cannot be held responsible or liable for any content, text, pictures, or any other media found on this web site.
Management login
Powered by