At approximately 0330hrs. The Nottingham Township Fire District, Valley Inn, Finleyville, and North Strabane, was alerted for a structure fire with possible entrapment. Update given by dispatch was working fire, negative entrapment. Engine 26 arrived with Chief 26 taking "Barr Road Command." Water supply established quickly by Engine 26 and an aggressive interior attack was initiated. Engine 46 arrived and went to work on ventilation. Upon arrival of Engine and Truck 48 additional crews put to work with attack lines. Fire was stubborn getting in between the ceiling and roof which made it difficult to contain. Shortly before 0500 fire brought under control. Crews remained on scene for overhaul until 0630hrs. Assisting were Pennsylvania State Police and Peters Township EMS. Elrama and Library fire companies were on stand by for Finleyville. Pennsylvania State Police Fire Marshall is investigating. 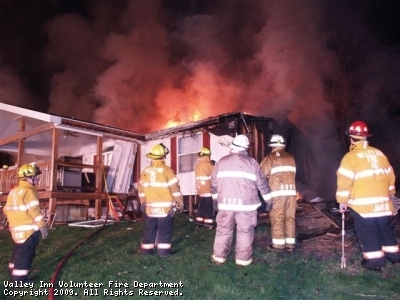 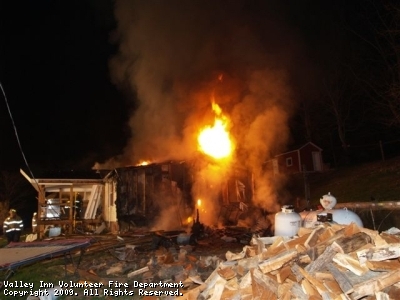 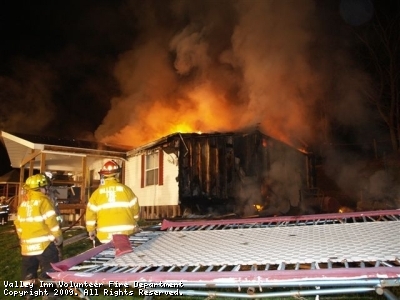 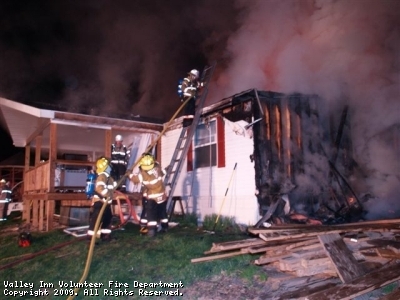 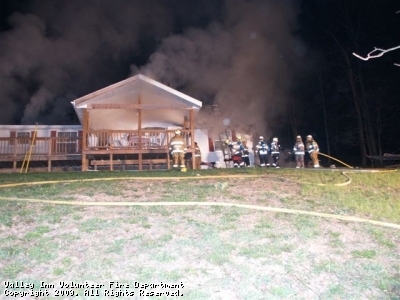 Station 46 dispatched to Route 136 in the area of the Mingo Inn for a two vehicle accident with reported injuries, one person slumped over the wheel. Chief 46-1(Curcio) arrived on scene with one vehicle blocking the roadway and the other about a quarter mile away blocking the roadway with all patien...
➜
Mutual Aid Assist, Structure Fire, Monongahela Manor
Station 46 dispatched to assist Monongahela(62) with a reported structure fire on the seventh floor of Monongahela Manor "The Highrise." Squad 46 went with a crew of 3 and recieved updates that the fire was contained to trash can per Command 62.
➜
1 of 32 of 33 of 3
45 entries in the Call history
Facebook timeline
Events calendar
August 2022
S
M
T
W
T
F
S
Meeting
Drill
Meeting
Drill
Picture gallery

This site has been viewed 284,456 times.
Calls
News
Events
Pictures
Apparatus
Maintained by the members and staff of Valley Inn Volunteer Fire Department. Designated trademarks and brands are the property of their respective owners. Copyright © 2006-2022. YourFirstDue Inc. All Rights Reserved. Content on this web site is supplied by Valley Inn Volunteer Fire Department. YourFirstDue Inc. cannot be held responsible or liable for any content, text, pictures, or any other media found on this web site.
Management login
Powered by