Station 46 dispatched for a reported roof collapse in Nottingham Township with a possible homeless man inside. Chief 46(A.Hackinson) arrived on scene with an abandoned structure that appears to have a partial roof collapse that occurred some time ago. Chief 46 requested 14(New Eagle) and 26(Finleyville) to scene with manpower to assist in the search. Washington County Sheriffs Unit spoke with neighbors and determined that the man was not inside. All units cleared.

Fire Chief Art Hackinson said someone called Columbia Gas to report that a roof on a Pine Lane residence had collapsed and that a homeless man had been living there.

Hackinson said Thursday that the roof already had collapsed, and that a search of the home revealed that the building was empty"

Station 46 dispatched to Route 136 in the area of the Mingo Inn for a two vehicle accident with reported injuries, one person slumped over the wheel. Chief 46-1(Curcio) arrived on scene with one vehicle blocking the roadway and the other about a quarter mile away blocking the roadway with all patien...
➜
Mutual Aid Assist, Structure Fire, Monongahela Manor
Station 46 dispatched to assist Monongahela(62) with a reported structure fire on the seventh floor of Monongahela Manor "The Highrise." Squad 46 went with a crew of 3 and recieved updates that the fire was contained to trash can per Command 62.
➜
1 of 32 of 33 of 3
45 entries in the Call history
Facebook timeline
Events calendar
September 2022
S
M
T
W
T
F
S
Meeting
Drill
Meeting
Drill
Picture gallery 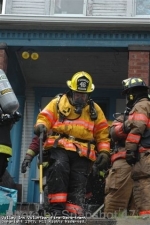 This site has been viewed 286,543 times.
Calls
News
Events
Pictures
Apparatus
Maintained by the members and staff of Valley Inn Volunteer Fire Department. Designated trademarks and brands are the property of their respective owners. Copyright © 2006-2022. YourFirstDue Inc. All Rights Reserved. Content on this web site is supplied by Valley Inn Volunteer Fire Department. YourFirstDue Inc. cannot be held responsible or liable for any content, text, pictures, or any other media found on this web site.
Management login
Powered by